The Legacy of Lego: More than just a Toy

Lego is a fascinating business to investigate. What stemmed from humble origins in a carpenter’s workshop has grown to be an international symbol for fun and imagination. In the wake of The Lego Movie, Lego surpassed Mattel as the world’s biggest toy company. With seven sets sold every second, we wanted to explore how this basic building block, the simplest of concepts, has been built into this empire of innovation.

The Foundation of the Lego Brand

The brainchild of carpenter Ole Kirk Christiansen, the Lego brick is typically Nordic in its purity, simplicity and ingenuity. Founded in the small Danish town of Billund in 1932, Lego is a long-established household name. But how has it retained this relevance in an increasingly digitalised society? The demand for these age-old plastic blocks has continued to triumph in the modern world. Here at 2020 Brand + Marketing Visionaries, our branding and marketing experts analyse the key components to The Lego Group’s success:

The blueprints for the original Lego set have developed and expanded significantly since foundation. Now Lego sets include ranges such as Duplo®, Architecture®, City®, Friends®, Tecnic®, Bionicle®, alongside the licensing rights to produce Star Wars®, Harry Potter® and Jurassic World®. Each of these collections specifically targets a certain customer profile, from toddler to adult. These extensions to the original product line have been a significant contributor to their current prosperity.

Adding to this, Lego also expanded its product line outside the confines of the building block. The Lego Kingdom now includes video games, educational tools, architectural apparatus, board games, and four Legoland theme parks dotted around the world. Separately, the public has independently interpreted Lego and it has become a YouTube sensation, a mode of artistic expression, and a worldwide symbol for innovation, creativity and play. 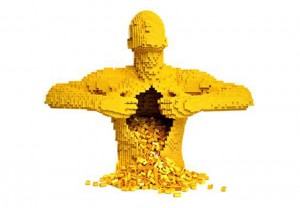 The success of Lego is a testament to its marketing and branding expertise, which always plays on core values of creativity, imagination, learning and play. The limitless potential of the toy is key to its advertising campaigns. The capacity of the Lego brick , clever references to classical art , the Lego-as-brainfood concept  and subtle references to popular culture  are all ingenious in their own ways. 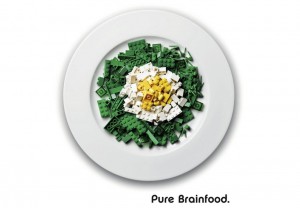 Clever, creative advertising is an invaluable tool for succeeding in business and can be the difference between being remembered or forgotten. Lego’s advertisements are aesthetically attractive, simple in concept and make you think twice, but most importantly, they effectively communicate the essence of the brand. 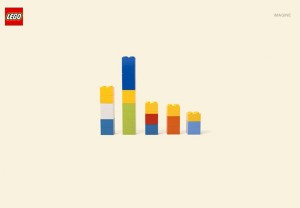 Lego ascends age boundaries, with an almost limitless appeal. Now established over 80 years ago, the company is aware that the product has a nostalgic appeal for past generations. Knowing this, it launched its ‘For Adults’ product line and advertising scheme (Fig 6). The Lego Architecture collection is a more complex range of sets based upon iconic buildings of the world, ranging from the Burj Khalifa to Big Ben.

These are more challenging to build, and are given a near ornamental status with their professional style, sheen and sophistication. Lego’s triumph here is capitalising on the perpetual desire to create and build, making this chic product more like a collector’s item and less like a toy. Complete with approval from the world’s leaders in building design, slick branding and a separate social media presence, this product is not suitable for children! 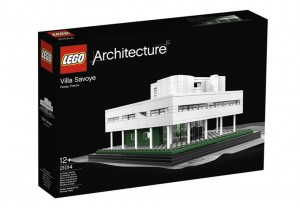 Nowadays, the majority of popular toys are high-tech gadgets or video games geared towards keeping children quiet and mess to a minimum. This is of course entirely understandable, as anybody who’s ever stepped on a Lego brick can understand. That little stackable brick is almost crude in its simplicity, especially in comparison to its more high-tech toy competitors.

Another reason for the success of Lego is the company’s openness to change, and recognising this shift in the market, Lego embraced new technology. Remaining faithful to its widely-loved building block, it recognized the opportunity to expand and develop its product and began manufacturing video games, motor-powered toys and released the computer-animated The Lego Movie.

Alongside this, the ‘Lego Ideas’ campaign allows over 13’s to submit their most impressive creations online. Lego fans can then vote for their favorites, with the chance that the most popular ideas will be manufactured and sold. This venture perfectly connects the digital Lego world with the plastic, material one.

Children will always love playing with Lego. It’s a tangible unit, a brightly coloured block of infinite potential, holding unlimited building possibilities and an opportunity to learn. The experience of playing with Lego will stimulate children and adults alike in ways that technology will never be able to match. Lego is more than just a toy. It combines logic and reasoning with imagination and creativity. It is learning in play. Lego’s success here is maintaining relevance by embracing new technology, whilst remaining true to the essence of the company, never forgetting that tiny plastic brick. 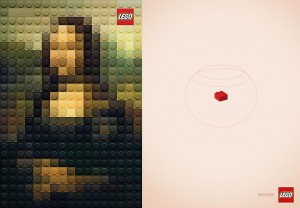 Where next? Unsurprisingly, Lego has more exciting projects on the line. Most recent is their ‘WeDo’ entry-level robotics kit, complete with motion sensors, a smarthub brick, bluetooth power and a motor. This set will teach children about robotics, engineering, programming and science, and connects to a tablet or computer with 40 hours of tutorials. This is just another example of how Lego continues to push the boundaries of learning through innovation and creativity.

We can’t wait to see what’s to come!

­­So how was this global phenomenon built from these standardised modules of plastic? Just like the product, the answer is actually quite simple. With every move they make, Lego remain steadfastly loyal to their core values of creativity, imagination, learning and play.  ‘Lego’ itself is a combination of the Danish words ‘leg godt’ – Play well. This is the essence of the brand.

What can be learned from the success of The Lego Group? Figure out the essence of your brand, and remain faithful to it in everything you do. Easier said than done, but the 2020 Brand + Marketing Visionaries team can help get you there!