From delivering kittens and ice cream to 24-hour local customer service and state-of-the-art technology, this lucrative brand is taking over the world of ground transportation across the globe.

Uber is fun, recognisable, professional and extremely customer-focused. All of these traits have been rolled into one ground-breaking technology-driven transport service that is making headlines around the world.

What is brand UBER?

Many people still don’t quite understand what this rapidly expanding global technology company, which was founded in 2009, actually does. To put it simply, Uber is a technology platform that connects riders to drivers through a smartphone app, making cities more accessible than they have ever been. Basically, users can be at home or at a restaurant, or somewhere else, open the app, type in their location and destination, receive a price estimation, and have a private driver there within minutes.

Since launching, Uber has received everything from global appraisal for delivering rescue kittens to people around cities in America, to public vilification around the world by protesting taxi drivers. Despite the good, the bad and the ugly in the brand’s public life, there seems to be no stopping it as it continues to be one of the fastest growing companies on earth. At the end of 2013, Uber had 520 employees, and in just a year, that number grew to 2,000. It is used in over 320 cities across nearly 60 countries, including Ireland (Dublin and Limerick).

This year, Uber announced it would open its first customer support hub outside the US in Limerick City, investing €4 million to build a Centre of Excellence, creating 300 jobs in the process. The centre will serve users in Europe, the Middle East and Asia.

Between the brand’s quirkiness and fun image and its user-friendly app and customer service, Uber has become so popular that some people will never use a traditional taxi service again.

There are a number of reasons Uber has been so successful and popular, becoming one of the fastest growing companies in the world. For one thing, the app is extremely user-friendly. Riders can see exactly where drivers are in their area on a map, which also means they can see their destination on the map. This means that the old taxi driver trick of taking tourists on a longer route than necessary is not really an option.

Uber services tend to be more affordable than taxis in general, and the service is far more personal. If you book a ride, no one can steal it if you want to wait inside, whereas, that is a fairly common issue with taxis. Lastly, riders can enter their location and destination and the app gives them an immediate cost estimation, which is charged straight to their account at the end of the journey. That means riders aren’t shocked by the price at the end of the drive, as is sometimes the case with taxis.

But, apart from those fairly significant benefits, its success is largely thanks to its powerful marketing and branding…

From the very beginning, the brand and marketing team behind Uber knew exactly what they wanted to achieve and how they were going to do it. There are some very valuable lessons to be learnt from Uber, and here are some of the best ones…

Invest significantly in a local focus to go alongside your global branding strategy. No matter how far and wide you want your brand to travel, it needs to be tackled on a local scale. What Uber has done so well is put their focus very much on customer service on a local level, investing in people who are already heavily involved with, and familiar with, their various cities.

Uber Senior Community Manager Max Crowley explained the company’s local focus during an interview on Shoutlet’s Afternoon Snack google hangout. “I think the key is, we hire locally, and that’s really unique for a growing technology company, so it gives us a strong connection point to the cities where we are and it’s something that we build upon,” he said.

“When we launch a market, the community manager is the face of the brand, so they’re the face you see on social media accounts… so there’s that really local focus that we have and our full teams are all locally based, so it really builds the foundation in a community.” 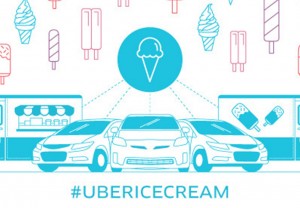 Be Bold and Creative as a Brand

Uber could bang on about how user-friendly its services are, or how much easier, quicker and more affordable it can be compared to regular taxi services. But instead, in one instance for example, it delivered kittens around some lucky cities in the US for customers to play with, raising awareness of its brand and money for local animal charities. The stunt was hugely successful, making international headlines and creating an enormous amount of buzz on social media. And that was not the only campaign of its type…

“We call it ‘Surprise and Delight’, so, we’ve done campaigns where we have ice cream trucks on the system and when you open up the app, you can literally see ice cream trucks around in your city and if you tap the button, we’ve got an ice cream truck there in minutes delivering you treats for your friends or your office or whatever it is,” Crowley explains.

During the kitten campaign, people could open up the app and tap on the ‘kittens’ button. The shelter kittens, which were being driven around in trucks in three US cities during this particular marketing campaign, would be delivered to customers who would have 15 minutes to play with them.

“It was wildly successful – millions and millions of impressions online, thousands of press mentions. Our data scientist dug in after, and we would have needed 217 times the kittens that we had to fulfil all the requests, so it was just great overall and it’s really a merging of both offline and online interaction. We raised over $15,000 for animal shelters, so, just a great campaign overall.” 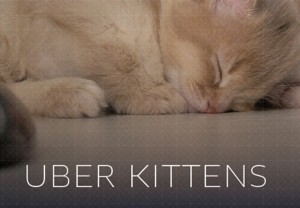 Despite the company’s local focus in every city it is in, an important part of its branding success comes down to its unified image. Uber implements a social media policy and social media style guide, which is extremely widespread in print media and news websites but is still very under-utilised in social media. The document sets the voice, tone and style of the brand online, which helps create and maintain a unified company brand globally.

Uber’s Brand Must Be Online and Offline

What Uber does extremely well is focus on both its online and offline services and image, and intertwines them for best results. One way brand managers across different cities around the world utilise both outlets is by making themselves available in real time.

“We’re always there – we’re really available 24/7, whether it’s customer service or social media, which a lot of times for us are intertwined. We’re available if someone leaves an item in a car or has a negative experience – this is happening in real time. If they’re unable to get to their meeting on time; they’re going to the airport – we’re always available to talk to folks,” says Crowley.

Uber definitely has a personality, which is quite an accomplishment, given that it’s essentially a ground transportation service. The personality, or image, that they have developed is one of playfulness and approachability, while always remaining 100% professional and on-the-ball with stellar customer service and first-class technology behind them. That image and reputation has been built upon to create an extremely recognisable, popular brand that is becoming known in every corner of the globe.

The public has already very much supported Uber in the cities it currently operates in, and in the cities and towns across the world that don’t have access yet, people are watching and waiting eagerly for the service to become available to them.